In 1983 I produced two issues of a fanzine I called Sucks Monthly. This came right on the heels of We Got Power, but was more of a personal solo effort on my part.  There were contributions from Jordan Schwartz, Ruthallion Richards (a Kim Pilkington alter-ego), and George P. Newberry, but primarily Sucks existed for my rants and observations involving the local, national, and international punk rock scene.  I worked fervently on it for two months during the long hot summer of 1983, and then I moved on.  The text appears in ALL CAPS, also known as SCREAMING.  Obnoxious I know, but quite fitting for the angst of a teenaged punker with an axe to grind. There are atrocious spelling errors, crude but hilarious graphics, and it's sometimes difficult to read due to the home Xerox machine I was using at George P. Newberry's garage (he was the "publisher"). Simpsons creator Matt Groening was a fan and wrote about both publications in the LA Reader.  I am partially convinced my writings were quite possibly an influence on Bart Simpson, (as in "Don't have a cow, man", after all you cannot say "Fuck it, man" on TV.) These two zines also detail the subtle transition from hardcore to post hardcore, at least within my mind.  Happy reading! - Dave Markey 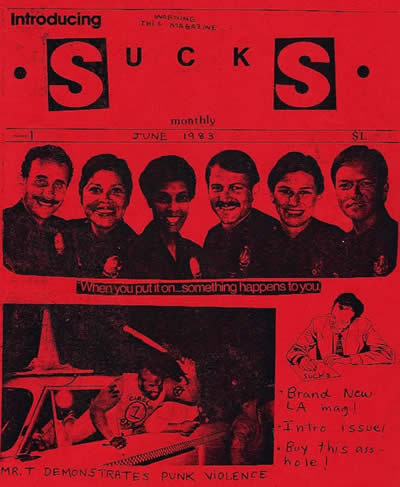 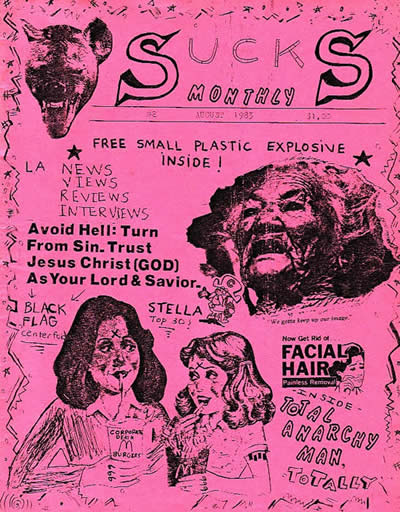